I know some of you who are my friends on facebook have probably seen these pictures already, but I wanted to share them here, on the blog, for those of you that don’t like to share all your pictures and post messages for hundreds of people to see…

The end of January is when Collin’s birthday rolls around and I always want to make the day as special as I (reasonably) can for him. When his birthday is mid-week it’s kind of a pain because I feel the need to make two cakes… one for the night of his actual birthday and another for his party. And then, of course, there’s always a party at daycare, so I end up making a dozen cupcakes for those kiddos on top of all that.

His first birthday was a pretty big affair, I invited family and friends and held the event in Glenville at the Senior Center so we had lots of room and a kitchen. Last year, for his second birthday I did my best to keep it small and only invited the grandparents, a couple of really close friends and his God-parents and held the party in the studio.

This year, I decided to go a little bigger again. I just knew how much fun Collin would have if I invited more of his friends and he’s old enough now to communicate really well and understand that this party is to celebrate him and hopefully he’ll remember it as he gets older. (Of course, lots of pictures never hurt!)

Collin picked a firetruck theme and helped me find some awesome favor boxes online that we centered the party around, but the big “lightbulb” moment happened when I was asking Andy where I thought we should have the party… He sarcastically said “Why don’t you have it at the fire station” and that was it!

I booked the Glenville City Hall which has a full kitchen (with three stoves!) and is attached to the Fire Hall. We have several friends who serve as firemen and I was able to sweet-talk them into giving the kids a tour of the trucks.

Anyone that really knows me well, understands that I can be pretty crafty when I want to be. I don’t always feel the need to be Suzie-homemaker, but I do like to show off my skills now and then. *wink*

This year I decided to totally take over the cake responsibilities. In the past I always ordered a professionally decorated cake because I love using it as a photo-opportunity, but this year I was itching to try my hand at cake decorating.

I asked Collin what he wanted and he said “cupcakes”… needless to say, I was slightly disappointed because you can only do so much to decorate a cupcake but I thought that let me off the hook with a pretty easy assignment. If only I could have let it go at that…

So, as the date approaches I keep thinking… where is my cute cake photo-op going to come from??? I almost caved and called Kari at Sugar Chic (she’s done an amazing job on Collin’s cakes in the past and definitely worth every penny) but I resisted and decided that I was going to make a firetruck cake to surprise Collin the night of his actual birthday.

It was a LOT of baking. Between the cupcakes for daycare and the party and the sheet cake… I spent a whole day baking while Collin was at daycare. 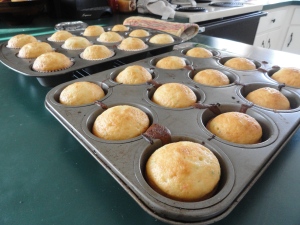 I was a little worried about my freehand skills cutting a firetruck shape out of the sheet cake so I Googled images of firetrucks and came up with a good graphic, printed it on paper and cut it out to use as a template.

It worked awesome… using a bread knife I gently cut away the excess and carved out a couple spots for some Ding Dongs to serve as wheels.

I did my best to frost it with some of Betty Crocker’s cream cheese frosting. YUM. Now I understand why they do a “crumb coat”… ugh! I was getting crumbs like crazy. It was so annoying. But I powered through it. 🙂 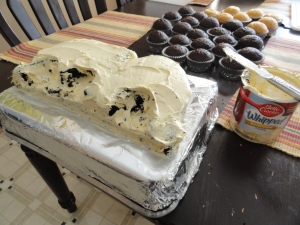 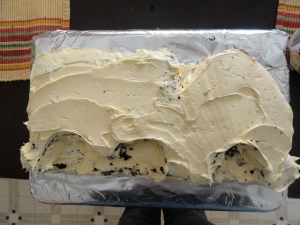 Next, I wanted to try out this Wilton spray frosting coloring I found and thought it would be nice not to have red teeth and gums… to just have the very top layer of the frosting be red. (Insert: All my paranoid thoughts about red food coloring and those urban myths about how unhealthy it is)

So the spray wasn’t what I had dreamed it would be… it was looking terrible. Not absorbing into the frosting, but just laying on-top and runny and not bright red, but more of an orange-y color. I was a little disheartened to say the least!

My mom always taught me that when I start to get frustrated with a project it’s best to set it aside and walk away until I can return with a clear head. So that’s what I did… plus it was time to go get Collin from daycare… otherwise I would have futzed with it until I wanted to throw it in the trash, I’m sure!

Luckily when I returned to my project a day later, the coloring had evened out and absorbed quite nicely. Unfortunately the cover I had over it slipped and some of the frosting stuck to it and I had to re-do that part before I could add the details and finishing touches. It’s too bad that I didn’t have time to let the retouched part sit and soak in red coloring, but I was rushing because it was time to make supper and it was the night of his birthday so I just had to finish it then.

Andy was home and I wanted Collin to play with him while I hid out in the laundry room working like mad to add the finishing touches… but Collin, big surprise, wanted nothing to do with him and was infinitely more interested in what I was doing.

So imagine me, with the cake on the dryer, with a curious little three year old, climbing up on my clean laundry trying to peer over my shoulder. I’m trying to block his view with my body, saying “Collin, mommy is working on a surprise,” and Collin saying “I just want to watch what you’re doing”… over and over.
Sigh.

I know this would have looked more amazing if I hadn’t had to retouch that one part and I hadn’t been so rushed putting on the details… seriously I spent like 5 mins on them. But, I am pretty proud of it anyhow… and Collin’s still telling everyone how he had a Firetruck cake two months later… so that makes me very happy indeed. 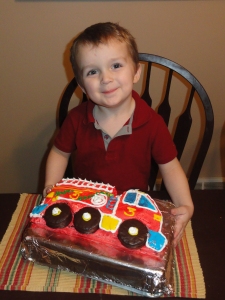 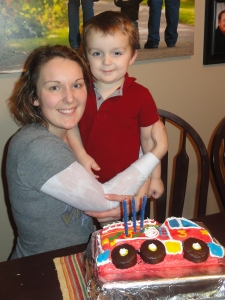 Blog posts from 2010 and prior can be found here. 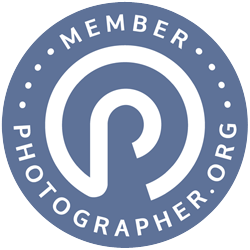